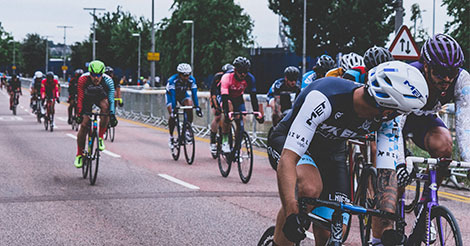 In R v Osborne the Court considered the culpability of a truck driver who struck and killed one cyclist and caused serious injuries amounting to grievous bodily harm to two other cyclists.

The 65 year old truck driver had no previous convictions and only a minor traffic history. The truck driver was driving with a wide load across a bridge whereupon the cyclists were travelling in a single file. There was traffic coming from the other direction also.

It was the evidence of the truck driver at the trial of the matter that although he thought it was going to be a “tight squeeze,” he “believed there was enough room to get through.” Unfortunately, there was not. The truck struck and killed one cyclist, seriously injured two others, and caused lesser injuries to a fourth cyclist.

The driver of the truck pleaded guilty to dangerous operation of a vehicle causing death and grievous bodily harm. He was sentenced by the Court to three and a half years imprisonment, suspended after 14 months for an operational period of four years. He was also disqualified by the Court from holding or obtaining a driver’s licence for five years.

In sentencing, the Judge was of the view that the driver’s conduct constituted “a very serious error of judgement,” beyond merely “momentary inattention.”

On appeal however, the Court made the point that descriptions such as “momentary inattention: are not the critical issue. The issue for consideration rather was the level of seriousness of the actual driving. The Court also went on to reduce the sentence to three-and-a-half years imprisonment, suspended after only 9 months.

IF YOU HAVE MORE QUESTIONS, GIVE US A CALL.