Cyclists and the Gig Economy

Australia has embraced ‘gig economy’ since its arrival to Australian shores in 2015 in the form of two food delivery platforms: Deliveroo and UberEATS. The convenience of being able to order food from your smart phone, in the comfort of your own home and have it delivered to your door (preferably on an environmentally friendly bicycle, of course) has sparked a worldwide phenomenon. From a consumer perspective, the benefits are undeniable. From a worker’s perspective, gig economy work provides the flexibility and autonomy commonly absent in traditional and more rigid workplace structures.

However, this hype has been met with increasing debate surrounding the classification of gig workers. Importantly, why are workers treated as “employees” without receiving the benefits of being an employee?

Prior to a recent Fair Work Care commission decision, gig economy workers were classified as independent contractors, lacking many of the rights and protections enjoyed by employees. For example, they are not covered by worker’s compensation in the event of an injury. This was particularly concerning given the increasing number of injuries and deaths reported when riders were carrying out their delivery services. Between September to November 2020 alone, five food-delivery riders were tragically killed “on the job”.

In Queensland, the compulsory third party (CTP) scheme provides compensation for personal injury or death arising out of a motor vehicle accident. This scheme is governed by the Motor Accident Insurance Act 1994 (Qld) (MAIA) and is established on an ‘at-fault system’. This means that compensation is only paid to injured road users if they can establish that the injury was caused by the negligence of an operator of a motor vehicle. In other words, someone was “at fault”. So while some injuries suffered by food delivery riders in the gig economy will involve motor accidents, this is not always the case. This leaves many delivery riders exposed.

In Queensland, injuries that arise in the course of the worker’s employment are governed by the Workers’ Compensation and Rehabilitation Act 2003 (Qld). This legislation established a workers’ compensation scheme with stated objectives to (1) provide benefits for workers who sustain an injury in their employment and (2) encourage improved health and safety performance by employers.

When determining a person’s entitlement under this scheme, they must be considered a “worker”, which is defined as “a person who works under a contract and is an employee for the purpose of assessment for PAYG withholding.”

This begs the overarching question: Are food-delivery riders Independent Contractors or Employees?

In Australia, the law has been somewhat unclear. Until recently, Fair Work Commission decisions ruled delivery riders need not be treated as employees. However, the most recent Fair Work Commission ruling published in May of this year instead ruled that a Deliveroo rider was an employee of the company, rather than an independent contractor.

This decision centered on the unfair dismissal of Diego Franco from Deliveroo, following termination of his account in April 2020. Deliveroo’s primary reason for termination was he had delivered food orders too slowly. The key issue for determination was whether Mr Franco was considered an employee or independent contractor.

Commissioner Ian Cambridge’s ruled in Franco’s, concluding that the relationship between Mr Franco and Deliveroo is that of employee and employer [138]. Mr Franco was, despite aspects of his relationship with Deliveroo, including elements usually associated with that of an independent contractor, engaged in work as a delivery rider for Deliveroo as an employee of Deliveroo. [139].

WHAT DOES THIS MEAN FOR FOOD DELIVERY RIDERS?

The decision strengthens a delivery riders entitlement to workers’ compensation under the legislative scheme in the event of injury during delivery. Whilst much is still to be done legislatively to tighten regulation and accountability in the industry to reduce a delivery rider’s exposure to the risk of injury, this recent decision still signifies a giant leap forward. 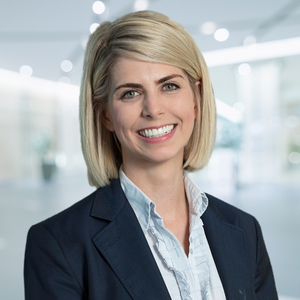 Emily is a Principal at McInnes Wilson Lawyers in the Personal Services and Injury team, further managing the CycleLaw division. With a keen interest in cycling-related issues and claims, she has extensive experience in insurance litigation & dispute resolution for cyclists, and is a passionate advocate for cycling clients - whether they be leisure or social riders, professional cyclists or commuters. 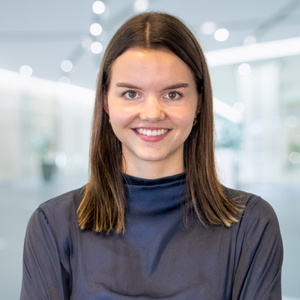 Evie is a Clerk at McInnes Wilson Lawyers’ in the Personal Services and Injury team. She commenced in the firm in the defendant litigation division, transitioning over to personal injury litigation in 2020. With a strong interest in road safety, particularly cycling-related matters, Evie is ready to advance her career by defending cyclists' rights.

Breaking down the smokescreen of uncertainty through a unique step-by-step approach.