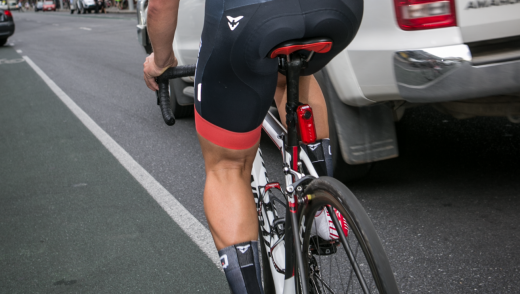 On-bike cameras have become increasingly popular among cyclists in recent years for their ability to provide high-tech evidence in what can sometimes be an ugly contest between road users.

Many cyclists are making the decision to invest in a camera, and turning to the footage as reliable evidence following an accident.

Video footage of a road rage incident, a driver who fails to give way or a pedestrian not paying attention can help a cyclist establish fault on the part of the other party.

And with footage of hair-raising conflicts, crashes and near-crashes from on-bike cameras now a common feature on news websites and social media, it is not difficult to see why so many cyclists are using on-bike cameras as a form of insurance.

Despite the Transport, Housing and Local Government committee’s recent inquiry in to the interaction between cyclists and other road users finding that the majority of cyclists and motorists are courteous and compliant with the road rules, the volume of recent viral videos of incidents demonstrates a need for the added safety measure.

Cyclists are inherently more vulnerable than motorists due to the lack of protection offered by a bicycle and because they are frequently in close proximity to larger and faster motorised vehicles.

Unfortunately, this means that the stakes are significantly higher for cyclists – a crash between a bicycle and a car could send the cyclist to the hospital, and the driver to the panel-beater.

In Australia, drivers often escape criminal charges because the elements and standard of proof required to successfully bring criminal charges against the driver are often not met because of a lack of evidence.

In personal injury claims, liability is often clouded by memory issues, alternative versions of the event or a lack of cooperation – all of which could possibly be alleviated by reliable video footage of the incident.

Cameras can also serve as a deterrent to hit and runs, road rage, and perhaps even prompt drivers to reassess their driving strategies near cyclists.

The need for greater protection of bike riders in Queensland is well-established. With a significant growth anticipated in cycling in the coming years, any additional safety mechanisms ought to be welcomed.
Perhaps one day, setting up an on-bike camera before a ride will become as common to a cyclist’s routine as checking tyre pressure, filling a water bottle and fastening a helmet.

However, health experts are warning Queensland riders to carefully consider where they secure their camera as they may affect injuries in the event of a crash.