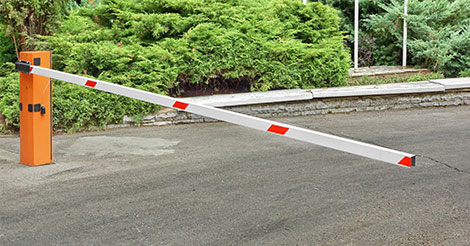 A Popular Cycling Route and the Boom Gate

The Plaintiff was a competitive cyclist who was out on an early morning training ride. The Plaintiff’s ride took him along Riverside Drive in front of the St George Sailing Club (the Club), where he collided with a closed boom gate and sustained serious injuries. The boom gate had been installed by the Council after issues with ‘hooning’ had arisen in the carpark at night.

The Council had entered into an informal agreement with the Club, allowing them to open and close the gate ‘at their discretion.

The Council’s case was that the collision had occurred as a result of the Plaintiff’s own negligence. The Council pleaded that:

Evidence lead at the trial of the matter demonstrated that the Council was aware of two earlier incidents occurring when the boom gate had been left closed early in the morning and cyclists had subsequently collided with it. There was also evidence that Riverside Drive had, for many years, served as an extension of a popular cycling route and cyclists would frequently ride through the point where the boom gate was erected.

The Plaintiff was ultimately successful in his claim, although a finding on contributory negligence was made by the Court. The Court found that the Plaintiff cyclist contributed to his injuries Judgement was entered in favour of the Plaintiff in the order of $928,000.00 (after a 20% reduction for contributory negligence) on the basis that the council owed a duty of care to regular users of the Riverside Drive, such as cyclists, and should have taken reasonable steps to ensure that the boom gate did not become a hazard. They failed to take appropriate action by not having a system in place to ensure that the gate would be opened by a specific time each day, did not make the boom gate readily visible and provided no safe alternative access to the street.