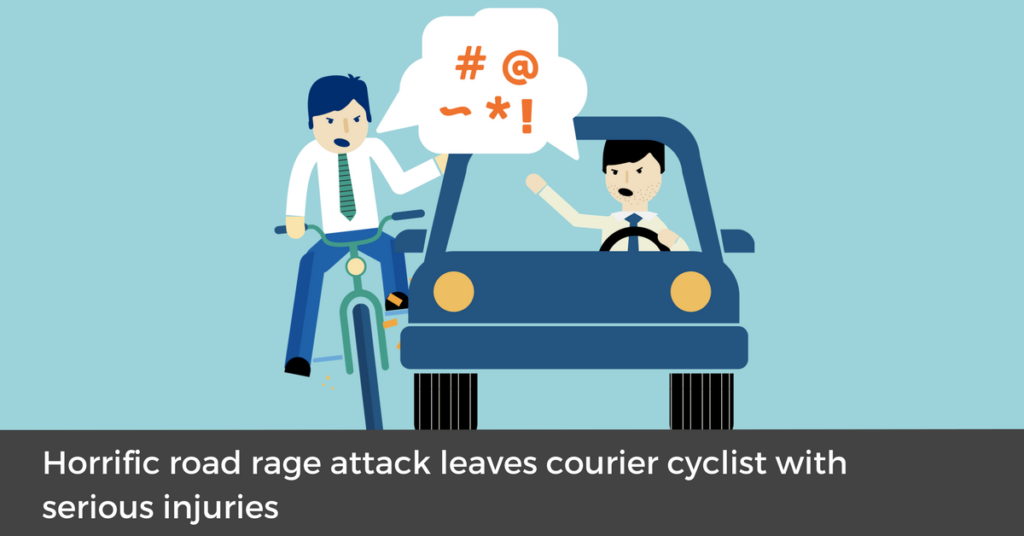 A motorist who drove at a cyclist in the UK, knocking him off his bicycle and throwing him into a tree, has been sentenced to three years in prison, reports Cycling Weekly.

Justine Henshaw-Bryan, aged 25, knocked Damien Doughty, 38, off his bike in the incident on February 10, 2016, after an altercation over her using her phone whilst driving.

Mr Doughty, a freelance courier, had been cycling home in Stoke Newington, North London when he had confronted Ms Henshaw-Bryan after spotting her using her phone whilst at the wheel.

Ms Henshaw-Bryan then gave Mr Doughty the finger and told him to “f*** off”, to which Mr Doughty responded by kicking the side mirror of the car before cycling off.

“Quite quickly, I realised the car was chasing me. It was getting very, very close”.

“Realising how close the car was, really feeling like it was going to knock me off, I took a sharp left. I was going 20, maybe slightly more”.

CCTV footage which captured the incident then shows the car swerving to the left, hitting Mr Doughty and sending him flying into a tree, before driving off.

As a result of the incident Mr Doughty suffered a broken hand, punctured lung, and a severe laceration to his liver.

Ms Henshaw-Bryan claimed that her then-boyfriend had grabbed the wheel and forced her to swerve into the cyclist. That claim was rejected by the Court.

Sentencing Judge Gregory Perrins told the driver that her actions could have killed the victim, and that she must have been aware of the risks of her dangerous driving.

"This was a calculated attempt to run him over and use your car as a weapon," he said.

"It would have been obvious that to do so would have carried significant risk of injury (to the cyclist)."

He added that “those who are unable to control their temper when driving and think cyclists are fair game must be dealt with severely.”

Judge Perrins sentenced Ms Henshaw-Bryan to three years in prison in the UK.

Mr Doughty spent two weeks in hospital, including 3 days in intensive care following the accident. As a freelance courier, Mr Doughty suffered financially as a result. He was unable to work and so lost his income. As a result, he struggled to pay his bills and meet his rental payments.

In Queensland, a cyclist injured in a road rage accident may be entitled to compensation.

That compensation would be paid through the Compulsory Third Party (CTP) insurance attached to the at-fault vehicle indemnifies the driver for the personal injury to the cyclist in the motor vehicle accident.