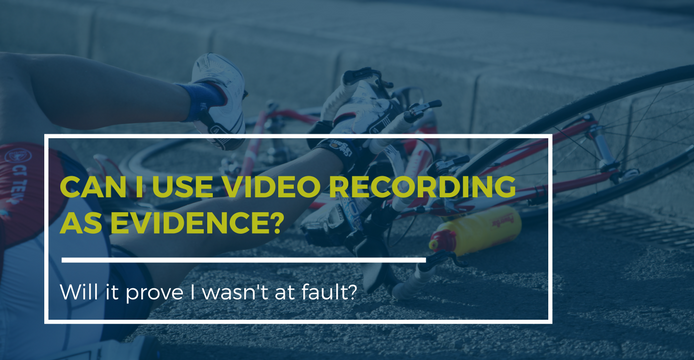 Can I use a video recording as evidence? Will it prove I wasn’t at fault?

Every week, we speak to cyclists who have been injured on our roads. And there is something common in a lot of the stories we hear:-

“I had a recording device on my bike and I captured the accident.

Will it prove it wasn’t my fault?”

With the growing use of technology in today’s society, the use of video recording devices on bicycles and by cyclists has emerged as a growing trend.

Many cyclists use recording devices in hope that, should something go wrong, the footage captures the evidence they need to support their case.

We are often approached by cyclists who have a recording of an incident and who question whether the recording can be used as evidence in their injury claim.

The question then naturally becomes, is the recording admissible in evidence?

Pursuant to section 138 of the Evidence Act 1995, the Court has a discretion to exclude improperly or illegally obtained evidence. And so it must first be determined if the evidence was in fact obtained legally.

For example, if a recording was secretly (and without consent) obtained of a conversation between other persons and the cyclist was not involved in the conversation, the recording may be in contravention of Australian Law.

So is your video footage admissible?

If you possess a recording of an incident you were involved in, you should consult your solicitor.

Ultimately, the different circumstances of each case and the context of each recording needs to be considered. Certainly, if the recording is admissible, it may be used to help you with your claim.