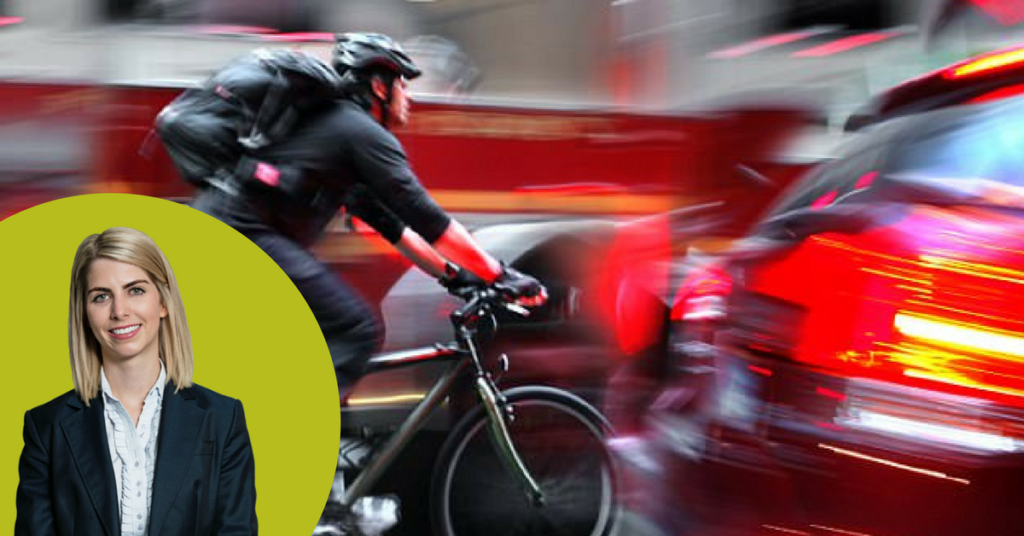 In June 1817, Karl Drai’s a prolific German inventor, took his two-wheeled Laufmaschine (“running machine”) for a 13 kilometre ride along the banks of the Rhine. The voyage may have only lasted an hour, but it sparked a craze which has lasted centuries.

The number of people riding today is phenomenal, something Karl Drais surely never could have imagined. And the numbers continue to rise!

A report released recently by the Royal Automobile Association of South Australia found that 195 out of 277 collisions between motorists and bicycles were caused by the motorist (that is over 70% of collisions).

​Unfortunately, the potential for injury to a cyclist in a road accident is ever present.

It is statistics like these that revive the age old debate about shifting the burden of proof in collisions involving cyclists. Motorists are still the biggest contributors to road accidents. Do you think they should be presumed at-fault? Take the poll below.

What is the current law in Queensland?

Currently, Queensland operates a common law or 'fault' based system.  To recover compensation (whether that is for damaged property, injuries or otherwise) the cyclist is required to overcome what is known as the “burden of proof” and prove that the collision was caused by the negligence of the driver of the vehicle.

Overcoming the burden of proof and establishing liability or fault can sometimes prove difficult.

Some say that the current law places an unfair burden on the cyclist (the more vulnerable of the two parties on the road).  These people advocate for a system of strict liability.

What many cyclists are calling for is a rule where a motorist will be liable for a crash with a cyclist unless the motorist can show the cyclist was at fault.  What is being suggested is that there be a presumption of fault.

A presumption of fault would effectively mean a shift in the burden of proof (from the cyclist to the motorist).

Despite a significant reduction in road deaths in Australia over the past few decades, statistics show a concerning increase in the number of serious injuries amongst our most vulnerable road users (cyclists and pedestrians).

And I don’t think anyone can disagree that action must be taken to reverse this trend. Proponents for a shift in the burden of proof say the change would encourage safer driving by motorists which would in turn lead to safer cycling for cyclists.

It is also said by some that it would simplify the insurance claims process because of the presumption of fault and ultimately result in a reduction in litigation and insurance costs.

Those who oppose a shift in the burden of proof note that its application in other countries has not entirely avoided the issues about fault because most (including the Netherlands) still afford the insurer (or the motorist) the right to argue the cyclist is at fault.

The cyclist just enjoys the very slight benefit of initially having a presumption of innocence until fault is established.

Would the change (if imposed) apply to both Civil and Criminal cases?

The debate is generally more focused on the civil arena rather than criminal offences of motorists.

It would be difficult to see the law being altered to assume a criminal offence was committed if a motorist was involved in an incident with a cyclist (irrespective of whether the driver had done anything wrong or not).

There are some more minor regulatory offences or even statutory workplace offences where such a position is adopted but there is much to be said, most would argue, for one of the cornerstones of our criminal system being maintained: the presumption of innocence until proven guilty.